OUR LITTLE CORNER OF THE GALAXY – THE EARTHLIGHT EXPRESS

In The Earthlight Express, internationally published science artist Chris Butler brings his popular Our Little Corner of the Galaxy tours of the universe close to home – with an excursion across the wild and majestic wastelands of Earth’s moon.  Join Chris for a unique blend of science and imagination that will transform the distant moon you see in Earth’s sky into what it truly is: a world of its own. 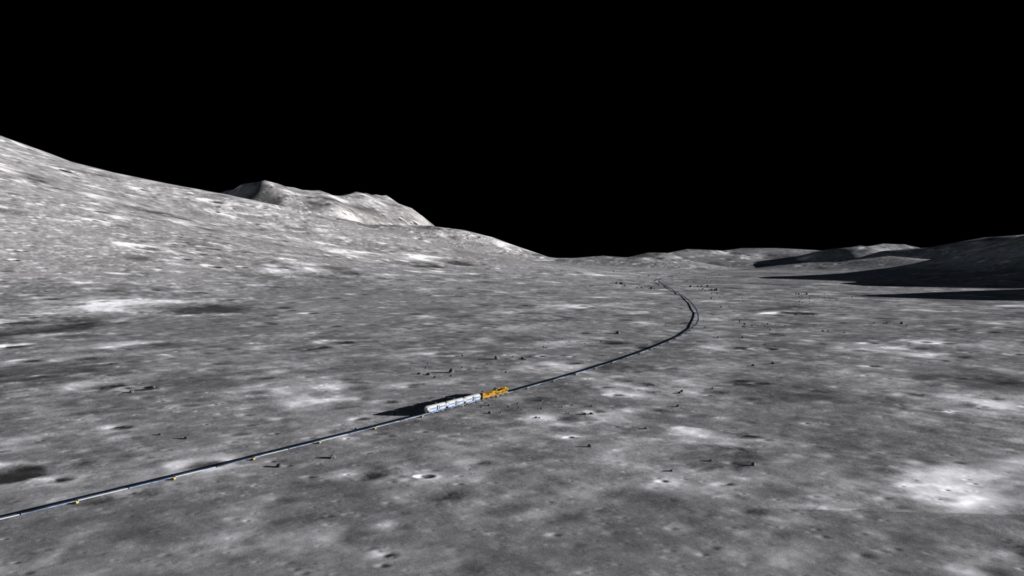 In The Earthlight Express, internationally published science artist Chris Butler brings his popular Our Little Corner of the Galaxy tours of the universe close to home – with an excursion across the wild and majestic wastelands of Earth’s moon at some time several centuries hence when such travel may be commonplace.  While earlier episodes of these tours required interstellar probes and spacecraft to visit far-flung destinations in the universe, The Earthlight Express takes place close to home – which allows us to relax in comfort riding a lunar rail train of the future.

While our method of travel is imaginary, the places we will be visiting are all quite real.  Indeed, we will pass through landscapes walked by three of the Apollo moon crews.  Placing ourselves into the scene permits us to appreciate the scope and scale of the places.  We will also be visiting parts of the moon Apollo never reached, and seeing sights those astronauts never glimpsed, such as the eerie majesty of the frigid lunar night.  In all, our path will carry us across more than 2700 miles, passing through wide valleys, alongside towering mountains, across deep crevasses, and to the sheer lip of a gigantic crater that would hold a dozen large cities.

Chris conceived, researched, scripted, designed, modeled and edited all elements of the production over a course of four years, making this the most ambition presentation he has undertaken yet in his 25 years of creating public science education shows. 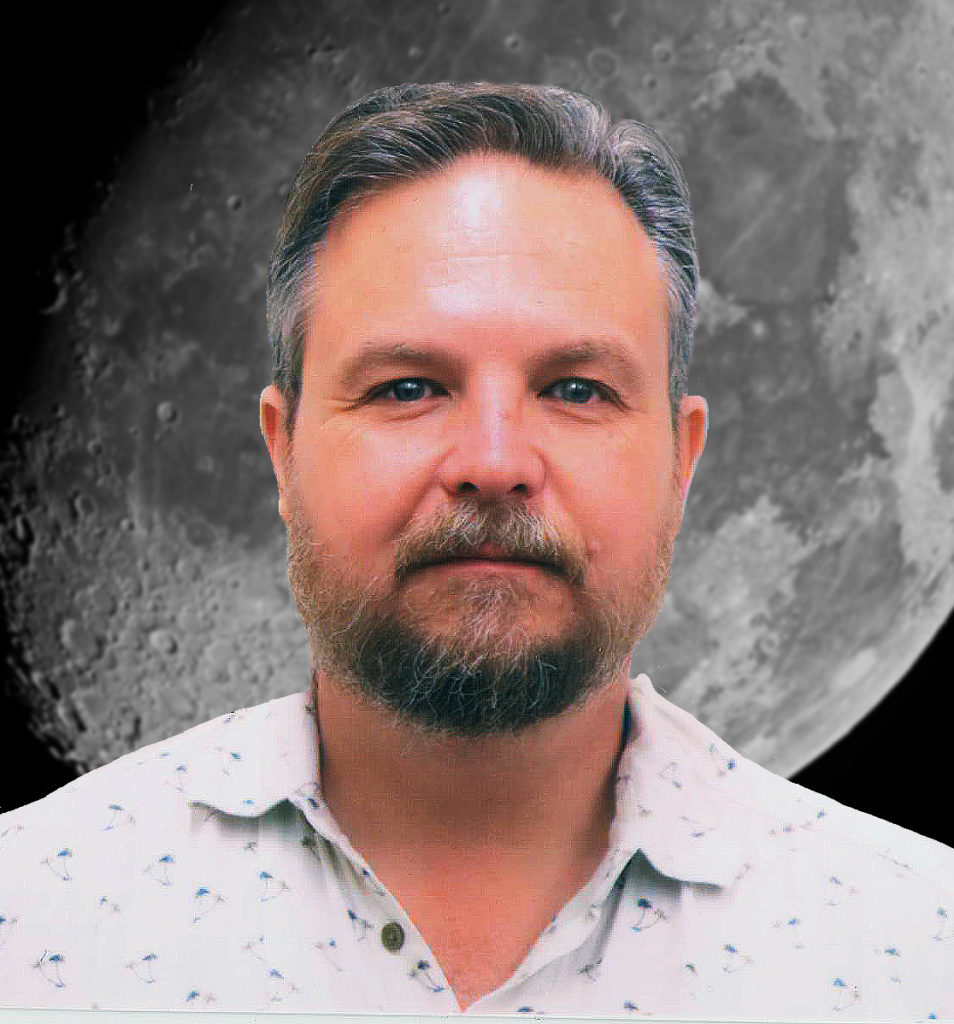 Chris Butler is an internationally renowned artist, public speaker, and educational program producer whose work focuses on science, nature, and maritime subjects. His illustrations have appeared in thousands of publications worldwide, from the Times of London to Scientific American. A graduate of California State University Fullerton’s school of Television and Film Production, Chris has served as an art director and animator on both educational and entertainment programs.

Chris has served as an artist and animator for planetarium and exhibit programs for the Griffith Observatory in Los Angeles for 22 years, and is a regular lecturer at education venues across the country. Chris’s unique art and presentation style reflects his diverse experience; he has been the director of a children’s science museum, a tour guide on the original Queen Mary, a technical illustrator, a representative for a telescope manufacturer, an amateur astronomer, and a financial analyst on the space shuttle program for Rockwell International.

Chris was the 2006 recipient of the Western Astronomical Association’s G. Bruce Blair Medal for service to astronomy. Chris was also recognized in 2002 by having an asteroid named in his honor by the International Astronomical Union (minor planet 13543 Butler). In 2008, Chris was elected as a Fellow of the Royal Astronomical Society (F.R.A.S.) in recognition of his service to international science education.

An avid amateur astronomer, Chris brings direct experience with astronomy to his work. He has served as a vice-president and board member of the Orange County Astronomers (the largest organization of its kind in the world), and is a life member of the Los Angeles Astronomical Society.