This is a free and open to the public hybrid event, held both inperson and online. Due to the newly effective insurance requirements, we regret that we can not allow people under 18 on the Chapman Campus, they are welcome to attend online. 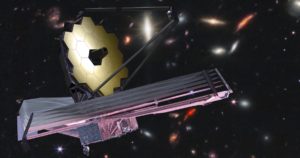 I will describe a pair of sharp puzzles suggesting a possible mismatch between our theory of galaxy evolution and recent observations from the James Webb Space Telescope (JWST). First, current models predict that most distant galaxies found by JWST should be seen at a time when they are transitioning from the initial assembly of their ingredients to the later processes by which they form stars, and other structures we recognize as a galaxy.  Instead, fully-formed, massive galaxies appear to exist impossibly early, before their ingredients should even have been able to assemble.  Second, a possible explanation for this would be that most galaxies grow very differently from the processes we have observed in star-forming regions of our own Milky Way.  I will discuss whether such a difference might be able to reconcile both problems, or whether something is still “broken”. 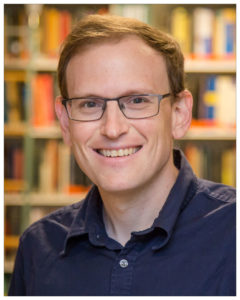 Charles Steinhardt is an associate professor at the Cosmic Dawn Center and University of Copenhagen, having previously spent time at Caltech, Kavli IPMU, Harvard, and Princeton.  His research is inspired by astrophysical phenomena whose explanation has been cast into doubt, either by new theoretical ideas or new observations.  Recently, this includes several different areas of astronomy and astrophysics, including galaxy evolution, black hole accretion, and gamma-ray bursts.  Recent work also includes developing machine learning and statistical methods for making full use of the large datasets modern astronomy produces.  He also runs a summer undergraduate research program that brings American students to Copenhagen each summer.