This is a free and open to the public hybrid event, held both inperson and online. Due to the newly effective insurance requirements, we regret that we can not allow people under 18 on the Chapman Campus, they are welcome to attend online.
Join Zoom

Where they are, how they got there,

and where they are going 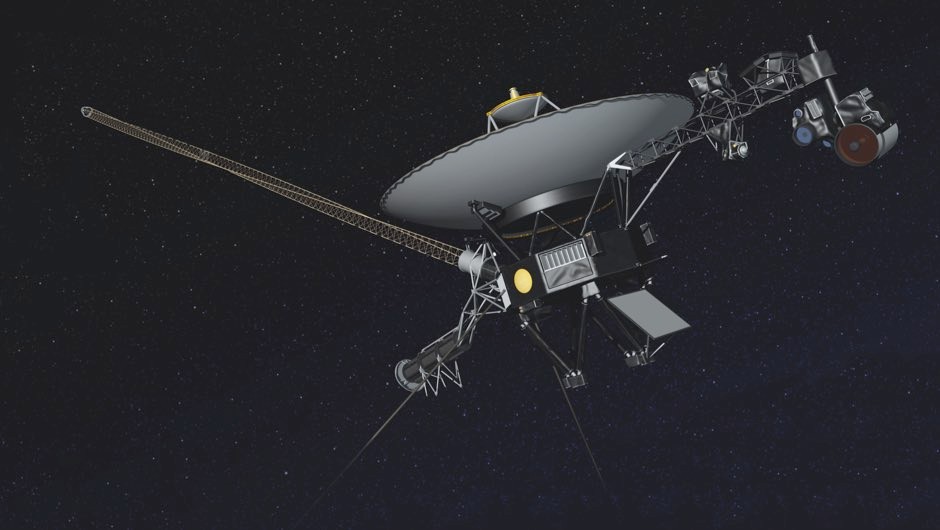 Twin Voyager spacecraft were launched in the summer of 1977 on a four-year mission to study Jupiter, Saturn and their natural satellites. A fortuitous option existed for one of them to continue on to Uranus five years later and Neptune after another three years. Space missions at the time were typically of days to months duration and technology for even a four-year mission was considered pushing the limits of technology. A 12-year mission was seen as a pipe dream. But the Voyagers were outfitted with some new innovations, and techniques were developed in flight to make enhanced science possible at Uranus and Neptune if they should survive that long. The only thought given to a purpose beyond Neptune was in the form of a video record of sounds, music and greetings from the people of Earth to any intelligent beings that might possibly happen upon the derelict remains of either craft somewhere in the cosmos. As the world has seen, expectations were exceeded beyond anyone’s imagination. The spacecraft are still operating well, with data being transmitted continuously and received daily.

This talk is intended to focus on the spacecraft technologies and highly creative techniques developed in flight, in the hands of a dedicated flight team, that allowed these intrepid explorers to extend their four-year prime mission to 45 years now, with the expectation of another possible five to ten years before they finally succumb to the inevitable loss of enough electrical power to keep them running. 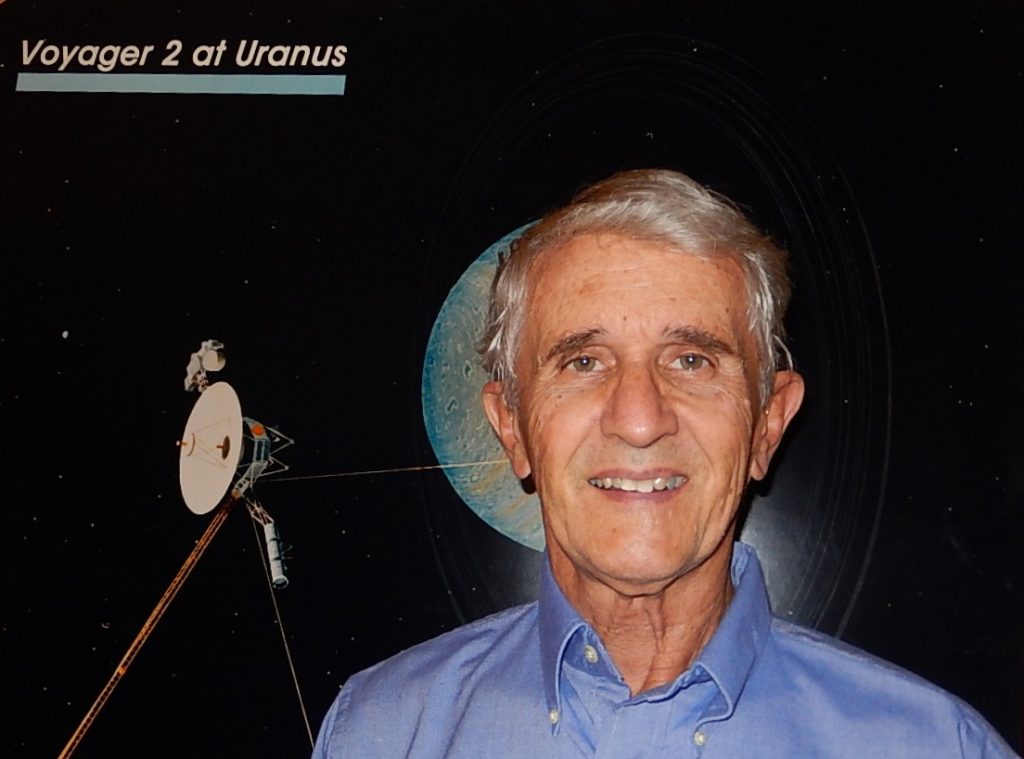 Tim Hogle became hooked on astronomy at age 12 after building a 3″ Newtonian telescope and seeing Saturn with it in the dark skies of his front yard. These interests, astronomy and telescope making, have stayed with him ever since. After graduating in electrical engineering from Cal Poly San Luis Obispo in 1971, he joined the Navy Air Corps as a Naval Flight Officer for a few years, then left the Navy and serendipitously joined JPL and the Voyager flight team shortly after their launches; a dream opportunity to explore the solar system in a detail he never could through a telescope. This was so much fun that he accepted an offer to continue with the team to explore Uranus and Neptune.
Starting as a real time analyst, seeing the data coming in before anyone else saw it, he soon became the senior spacecraft systems engineer, responsible for a wide variety of duties including data and anomaly analysis, sequence, test, and contingency planning, and being involved in nearly all aspects of the mission. By the Neptune encounter, the Voyagers were as close as family members to him, and Tim wanted to continue using his years of experience to extend the mission as long as possible. His total time with Voyager was 27½ years. He has been retired since 2006 but kept in touch with former colleagues on the flight team to keep abreast of the progress of the Voyagers in his absence. In retirement, his astronomical interest has continued with visual observing at every opportunity, especially of faint galaxies through an 18″ telescope.