This is an online event held by OCA for VCAS.
No prior registration is required but when entering the webinar, zoom will ask for your name and email.
At the time of the meeting, to attend via zoom app click here, via your browser click here.
To install the zoom app click here.

It Broke! A Story of How We Fixed It 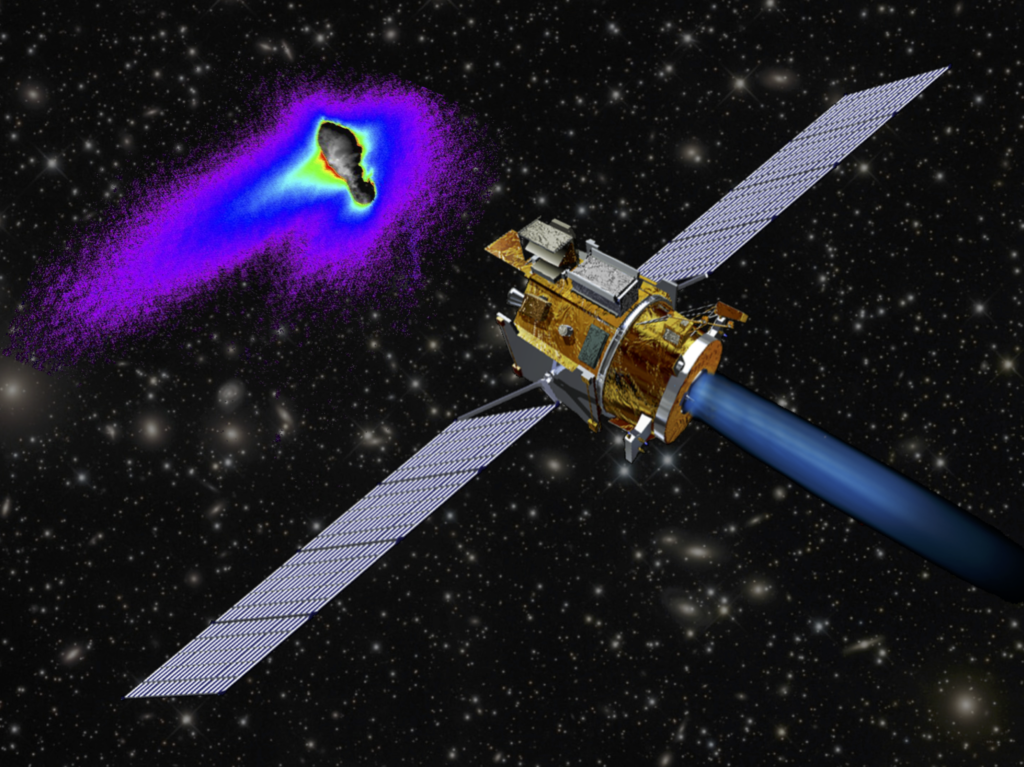 NASA’s Deep Space 1 (DS1) mission was designed to take risks so subsequent missions would not have to. Following its successful 1998-1999 prime mission to test new technologies, DS1 embarked on an ambitious two-year extended mission dedicated to comet exploration. However, that journey was soon interrupted as the probe suffered a hardware failure widely considered to be catastrophic.

Under Marc Rayman’s leadership, the JPL operations team then undertook one of the most remarkable deep-space rescue missions ever attempted. After seven months of intensive and stressful work, they managed to restore the spacecraft to an operational capability from well over 150 million miles away. DS1 then resumed its pursuit of the comet. The team encountered and overcame more daunting challenges in the subsequent 15 months, and in 2001 they succeeded in acquiring NASA’s first close-up images of a comet nucleus and other unique data. 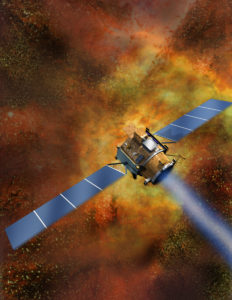 This extraordinary and exciting success story is not well known, even among the astronomy and space communities. Dr. Rayman described it in a highly entertaining and inspiring public presentation last year. He will introduce the video, we will all watch it, and then he will answer questions. The video can be found here. 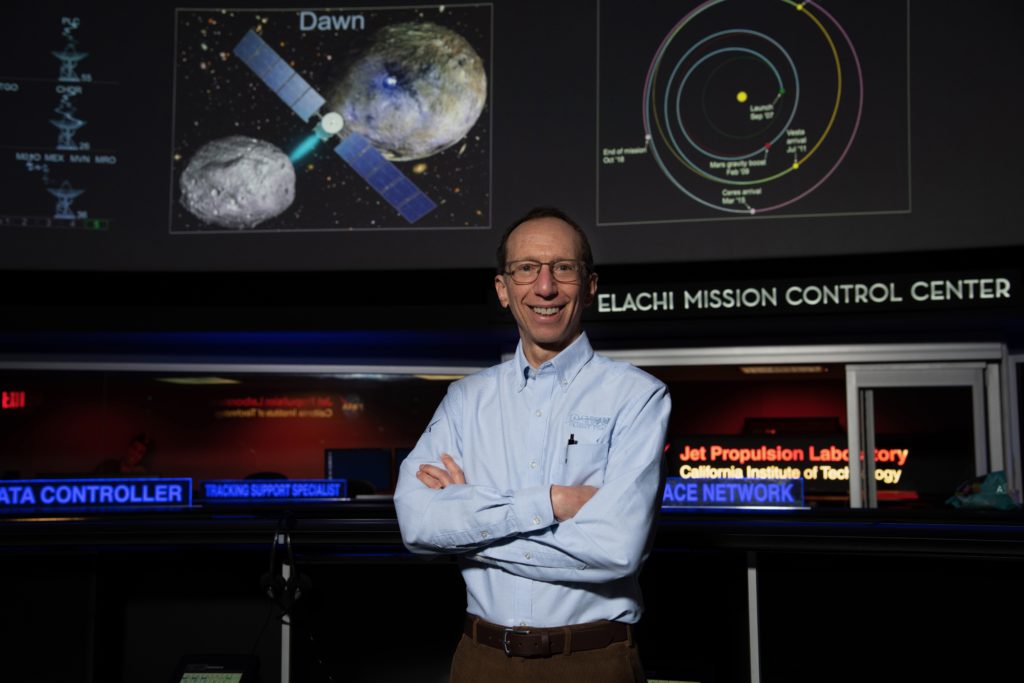 Marc Rayman is not only a top rocket scientist at NASA’s Jet Propulsion Laboratory but also a magnificent communicator. He is currently JPL’s chief engineer for mission operations and science.

He grew up in Toledo, Ohio, and earned a B.A. in physics from Princeton University. His undergraduate work focused on astrophysics and cosmology. He received an M.S. in physics from the University of Colorado in Boulder, where he conducted investigations in nuclear physics. He then performed research at the Joint Institute for Laboratory Astrophysics (JILA) on experimental tests of special relativity and atomic and laser physics, and received his Ph.D. there. He continued at JILA as a postdoctoral researcher. Throughout his time at JILA, he worked with Dr. John Hall, who subsequently won a Nobel Prize in Physics.

Dr. Rayman combined his scientific training with his lifelong study and passion for astronomy and the exploration of space by joining JPL in 1986. His work there has spanned a broad range, including optical interferometry missions to detect planets around other stars, design of a mission to return samples from Mars, a laser altimeter for Mars, the Spitzer infrared space telescope, the development of systems to use lasers instead of radios to communicate with interplanetary spacecraft, and more. 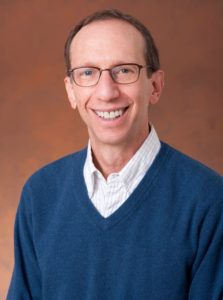 In 1994, he helped initiate a new NASA program to characterize highly sophisticated and risky technologies for future space science missions by flying them on dedicated test flights. The first mission of this New Millennium program, Deep Space 1, was launched in 1998, and he worked on it from its inception in 1995 to its conclusion in 2001. During the course of the project, Dr. Rayman served as chief mission engineer, mission director, and project manager. The new technologies that were tested on DS1 (including such exotic systems as ion propulsion and artificial intelligence) were designed to reduce the cost and risk and to improve the performance of subsequent interplanetary missions. The primary mission was extremely successful and led to a very productive and exciting extension, culminating in a spectacular encounter with Comet Borrelly that yielded NASA’s first close-up pictures of the nucleus of a comet. The spacecraft remains in orbit around the Sun.

He was chief engineer, mission director, and project manager on a mission that built on DS1 to explore the two largest uncharted worlds in the inner solar system. Launched in 2007, Dawn orbited two giants of the main asteroid belt, protoplanet Vesta and dwarf planet Ceres, in an ambitious mission to reveal insights into the dawn of the solar system. After a spectacularly successful investigation of Vesta in 2011-2012, it arrived at Ceres in 2015, where it will remain forever. It is the only spacecraft ever to orbit two extraterrestrial destinations. The spacecraft outlasted its expected lifetime, and the mission concluded successfully in 2018. 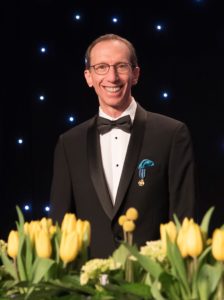 Dr. Rayman is the recipient of numerous honors. His many accolades from NASA include a remarkable three Exceptional Achievement Medals and four Outstanding Leadership Medals, which are among NASA’s most selective awards. He was named a JPL Fellow, the highest technical position there, “for extraordinary technical contributions made over an extended period.” He is the only person to have received both the Exceptional Technical Excellence Award and the Exceptional Leadership Award, two of JPL’s most prestigious honors. Asteroid Rayman was named in recognition of his contributions to space exploration. On behalf of the Dawn team, in 2016 he accepted the Robert J. Collier Trophy, the greatest award in the US for space or aviation. (The trophy resides at the Smithsonian National Air & Space Museum in Washington.) Among his other honors was receiving the Astronautics Engineer of the Year Award from the National Space Club and Foundation. 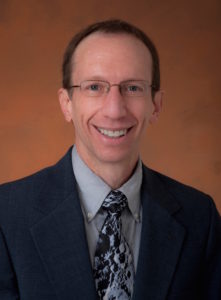 Marc is also very active in education and public outreach. He is a highly regarded and very popular speaker, relating the thrill of science and the excitement of discovery, and he has appeared frequently on television and been quoted often in other news media on subjects as wide-ranging as DS1 and Dawn, a fire onboard the Mir space station, the discovery of the top quark, and the profundity of humankind’s exploration of the cosmos. He collaborates with the creator of the popular syndicated comic strip Brewster Rockit: Space Guy! for special editions on science topics. His DS1 blog had an enormous following and gained critical acclaim as it provided an exceptionally entertaining and informative view into the flight of DS1, and his Dawn blog continued in the same delightful style. Marc is technical advisor and a popular writer for NASA’s educational website the Space Place (where his digital alter ego, Dr. Marc, resides). Marc received a special award from JPL for his creative and engaging work to inform and inspire the public.

In addition to more than 75 scholarly publications in physics, space science, and space engineering, he has published many articles on Apollo, Skylab, the space shuttle, piloted and robotic missions of the former USSR, interplanetary missions, and a variety of topics in astrophysics, cosmology, and space exploration for reference books, encyclopedias, magazines, and newspapers. 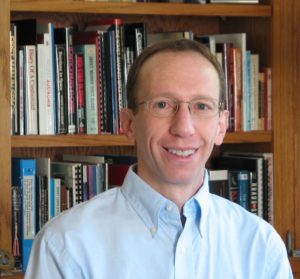 One of Marc’s favorite hobbies is learning about the space activities of all space-faring nations. Since before the age of 10, he has been building an extensive collection of information (and memorabilia) from over 40 nations. (His extraordinary personal collection is featured in this amusing video tour geared for space buffs.)

His other hobbies include international dancing (he and his wife teach and dance with several groups), photography, hiking, and other outdoor activities. Marc also holds a black belt in karate. His wife, Dr. Janice Rayman, is a brain scientist and a very experienced mountaineer. They live in La Cañada, California, with their cats, Quark and Lepton, tropical fish, and a large variety of fauna and flora in their pond.