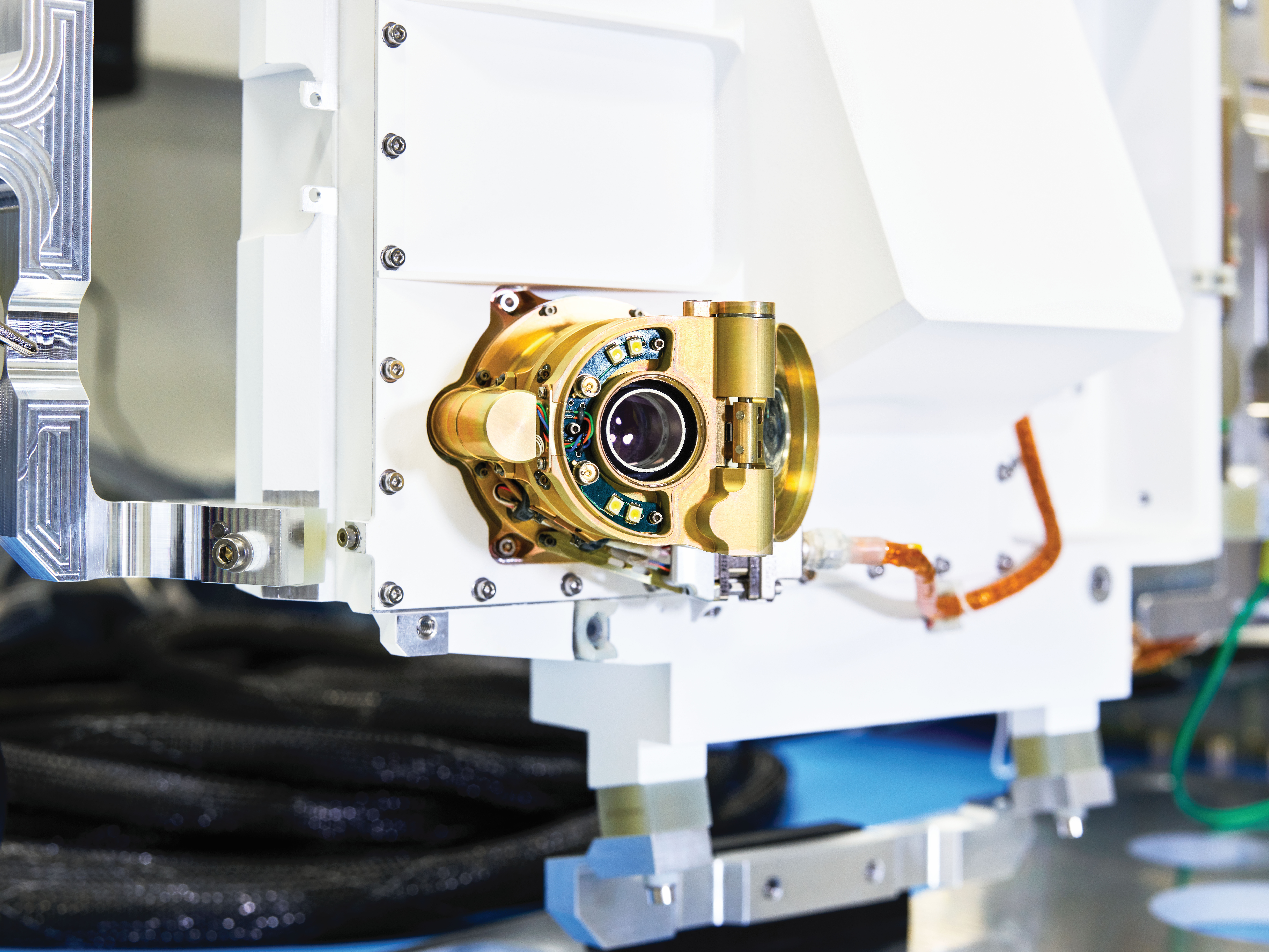 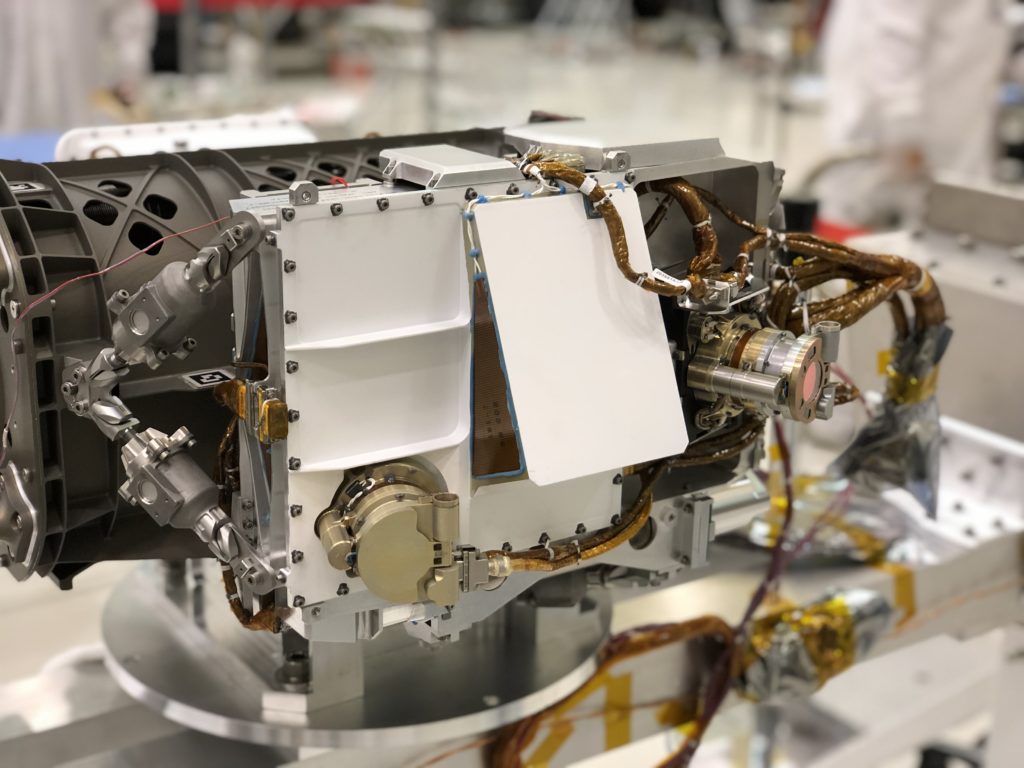 The Perseverance Rover will land on Mars in February 2021. It is equipped with a variety of science instruments and cameras, including the SHERLOC Instrument, an ultraviolet Raman and fluorescence spectrometer that will help Perseverance conduct measurements to characterize Martian geology.

It will study the microstructure of rocks and soil, which will help reveal the history and origins of the Jezero Crater landing site, while seeking spectral “fingerprints” of ancient life. 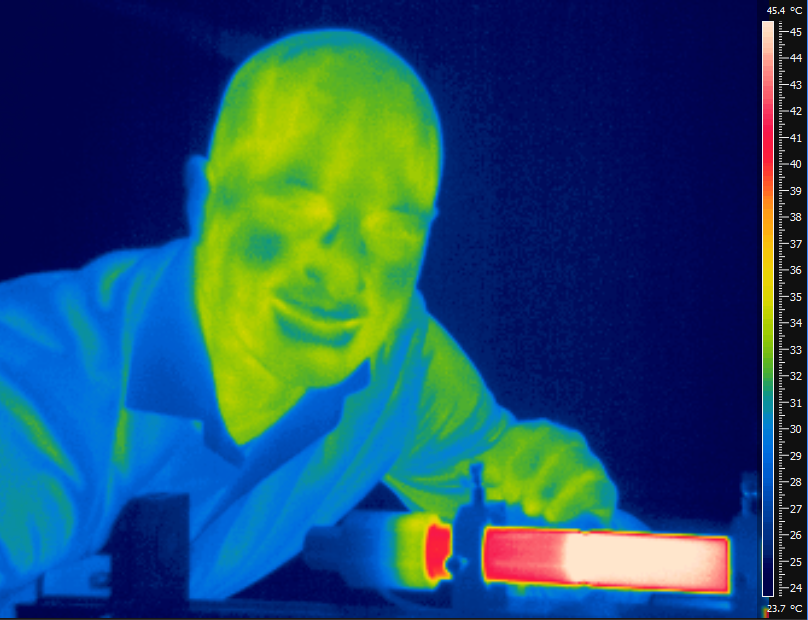 Dr. Brian Monacelli has engineered a variety of optical systems, including infrared detection systems, hyperspectral infrared and ultraviolet spectrometers, and nanostructured optical surfaces. He gained experience in industry while earning optics degrees from Rose-Hulman Institute of Technology, the University of Rochester, and the University of Central Florida / CREOL.

As an optical engineer with Raytheon Space and Airborne Systems, he led the integration and alignment of the ARTEMIS hyperspectral sensor, as well as other optical systems. He later designed, integrated, and characterized astronomical and high-energy adaptive optics and jitter-reduction systems as a senior research scientist at the Optical Sciences Company (tOSC). He is currently an optical engineer at NASA’s Jet Propulsion Laboratory (JPL), where he was responsible for the optical alignment and testing of the SHERLOC instrument for the Mars 2020 Perseverance Rover. He supports the development of many optical instruments, and his current work is to lead the alignment of the Coronagraph Instrument (CGI) for the Roman Space Telescope. 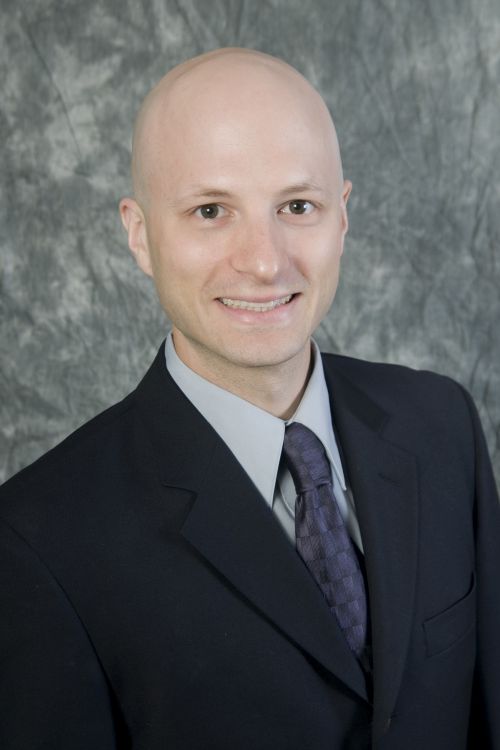 Dr. Monacelli also works as a Laser Technology Instructor at Pasadena City College, and he is an author of technician-level curricula for quality assurance of precision optics and optical system metrology for the National Science Foundation (NSF). He initiated the Optical Engineering column for the Optical Society’s Optics and Photonics News (OPN), and he served as the founding Editor of the Engineering and Laboratory Notes Feature for the OSA journal Applied Optics.