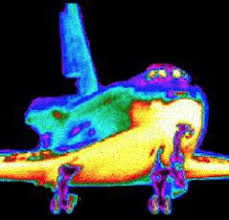 The infrared part of the electromagnetic spectrum plays an indispensable role in both terrestrial and astronomical applications. On Earth, IR light runs our remote controls, provides security and surveillance, and identifies disease. In space, infrared light allows us to explore planet surface features, quantify an atmosphere, and probe through a galactic dust cloud. As advanced technology expands both the size and sensitivity of the IR sensor array, missions like New Horizons and spacecraft like the James Webb Space Telescope become practical.

Today’s infrared devices make discoveries of thousands of asteroids by the likes of NeoWise to Big Bang protogalaxies imaged by Hubble-like space telescopes something no longer beyond human accomplishment.. This talk will make a somewhat abbreviated overview of the role infrared light and the IR sensor have played in modern astronomy.

Gary is a retired Rockwell International Science Center semiconductor materials engineer working in the infrared (IR) sensor field. Over his career, he helped design and build IR detectors for everything from the Hubble Space Telescope, to the Deep Impact Probe, to the New Horizons spacecraft, to the James Web Space Telescope. Devices Gary help create are active to this day in astronomical observatories around the world from Mauna Kea in Hawaii to South Wales, Australia. Among the many discoveries, sensors built by his team helped establish the current limit of the Big Bang at 13.8 billion light years. recorded the first impacts on Jupiter of the comet Shoemaker-Levy, and finally charted the surface of Pluto. Gary was honored to work with fellow engineers across several disciplines that designed and built the infrared sensors to be launched on the James Web Space Telescope in 2020.
Gary also trained to be an astronaut payload specialist, intended to fly abroad the Space Shuttle Discovery. In the process, he logged over 10,800 seconds in near-zero gravity aboard NASA’s Vomit Comet Boeing 707 low gravity airplane platform. He also served on the NASA material design committee tasked to help build the International Space Station. Gary followed this with space research done at Edward’s Air Force Base, Marshall Space Flight Center and NASA Washington. These days he enjoys collecting space memorabilia, doing web design/coding, and contacting the ISS space station as a ham radio operator.