RSVP using the link on the box above.
Please install/update zoom client prior to the event.

Cosmic Dawn: The Birth of Galaxies in our Universe

The Milky Way is but one of an estimated two trillion galaxies in our observable Universe. Modern astronomical telescopes have revealed a rich ecosystem of galaxies, but our Universe wasn’t always that way. In fact, there was a time when galaxies did not exist. In this talk, I will describe how astronomers are trying to unravel the mystery of how and when the first galaxies formed. 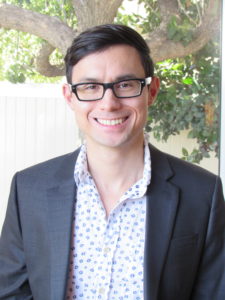 I am an Assistant Professor in the Physics & Astronomy Department at UC Riverside. My research interests are in the fields of theoretical astrophysics and cosmology. I am particularly interested in the formation of structures in the Universe (e.g. galaxies and galaxy clusters), the epoch of reionization, and gravitational lensing. I was born and raised in Middletown, Connecticut. I did my undergraduate work at the University of California, Riverside, where I received my B.S. in Physics (minor in Math) in 2005. I went to graduate school at Yale University and received my Ph.D. in Physics in 2011. From there, I took postdoctoral positions at the University of Texas at Austin, and the University of Washington.