"What's Up?"
Geovanni Somoza from LAAS

Music of the Spheres: Gravitational Waves from Black Holes 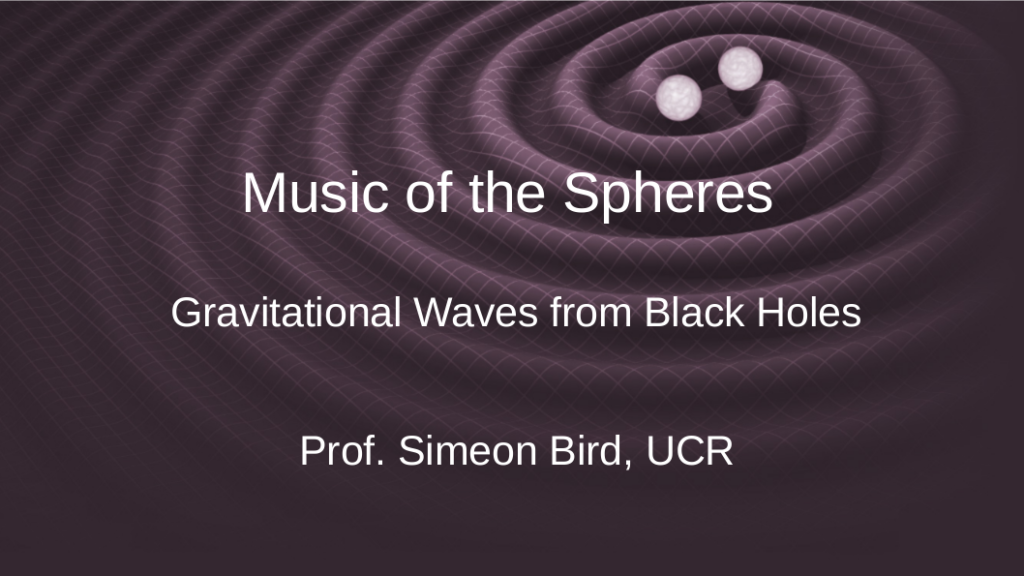 The Nobel prize in 2016 was awarded for the detection of gravitational waves by the LIGO interferometer. So faint are these ripples that the only events powerful enough to produce detectable signals are the collisions of black holes and neutron stars, some forty times the mass of the sun. I’ll explain how gravitational waves work, how they are detected and explain some of the weird and interesting properties of black holes. 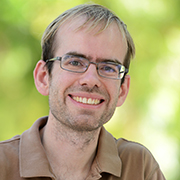 Simeon Bird, professor at UCR’s Department of Physics and Astronomy, earned his Ph.D. from the University of Cambridge and did postdocs at the IAS in Princeton, Carnegie Mellon and Johns Hopkins. His research interests are in cosmology and galaxy formation. His tool of choice is numerical simulations, so he is interested in high performance computing, as well as machine learning. His most notorious work connected the gravitational wave sources of LIGO with the very early universe.