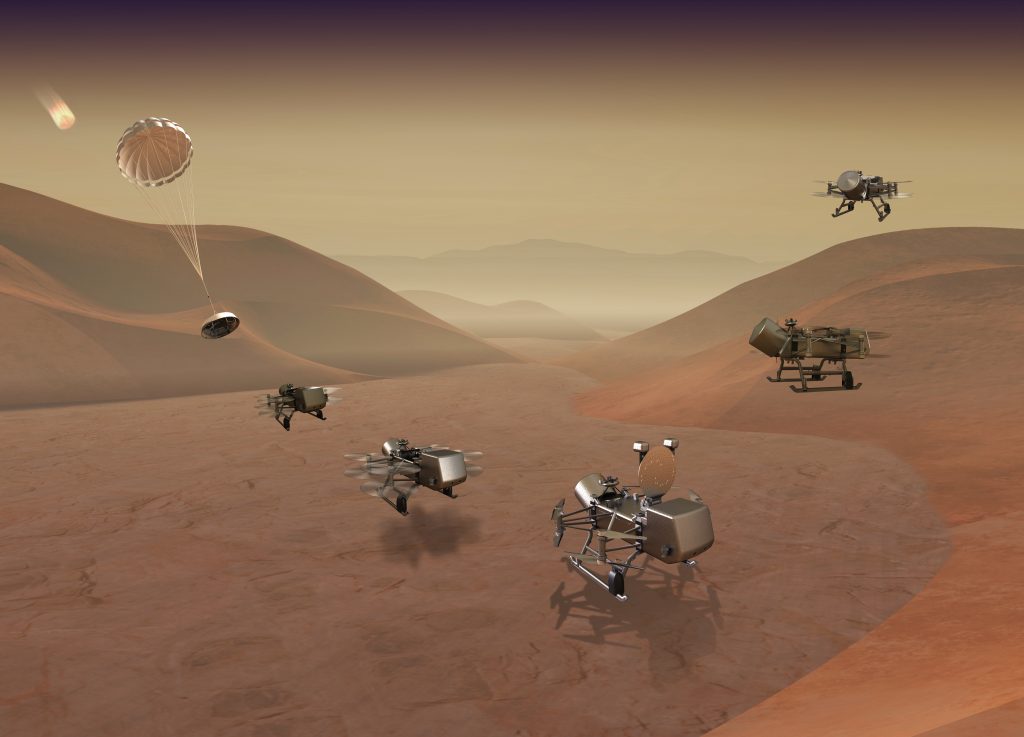 Titan is the only moon in our solar system with a dense atmosphere, which supports an Earth-like hydrological cycle of methane clouds, rain, lakes, and seas. Complex organic surface materials may preserve, in a deep freeze, the types of organic chemicals that would have been present on Earth before life developed. Titan’s icy crust floats atop an interior liquid water ocean. The Dragonfly mission to Titan will characterize its habitability and determine how far prebiotic chemistry has progressed in environments known to provide the necessary ingredients for life. The mission comprises a single rotorcraft lander with a sophisticated scientific payload, designed to take advantage of Titan’s environment, and achieve wide-ranging exploration by flying to sites in different geologic settings. 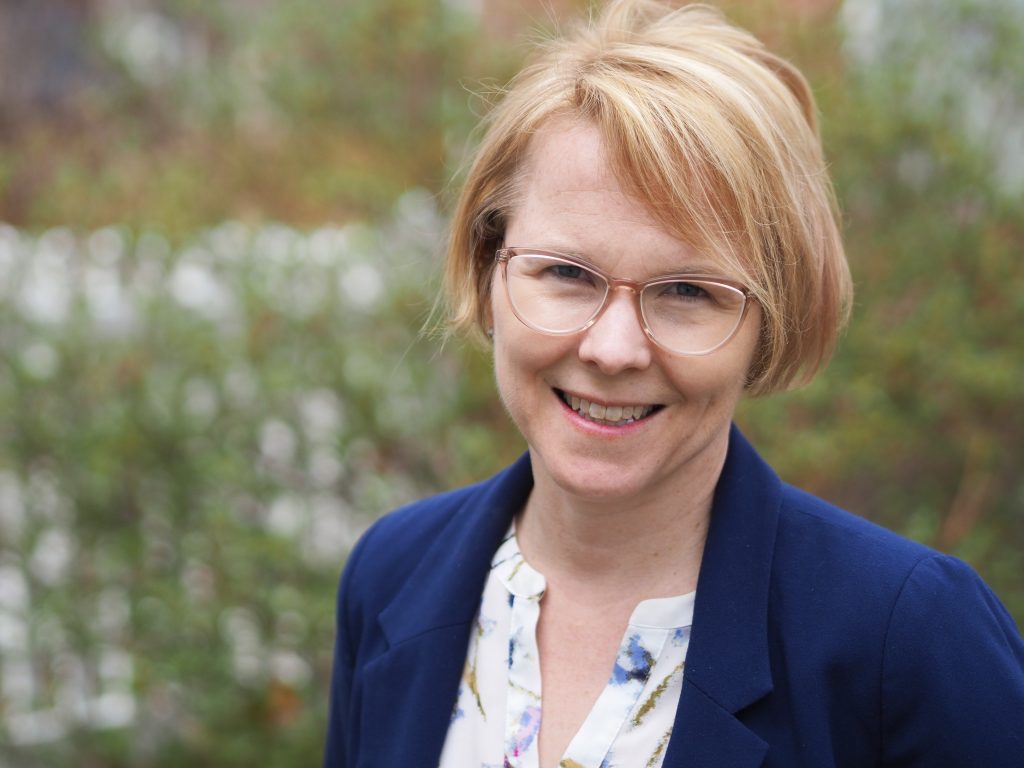 Dr. Melissa Trainer is a planetary scientist at NASA’s Goddard Space Flight Center (GSFC) with expertise in the composition of planetary atmospheres and the production of organic molecules and aerosols via in situ synthesis pathways. She has spent more than a decade characterizing the properties of Titan and early Earth aerosol analogs, with publications on the chemical, optical, and isotopic properties of organic hazes. Dr. Trainer is a member of the Mars Science Laboratory Sample Analysis at Mars (SAM) instrument team, for which she led the campaign to conduct the first in situ multi-year study of the seasonal variations of the composition of the Mars atmosphere through surface mass spectrometry measurements. Dr. Trainer currently serves as a Deputy Principal Investigator (PI) for the Dragonfly mission to Saturn’s moon Titan, part of the NASA Planetary Science New Frontiers Program. She is also the lead for the Dragonfly Mass Spectrometer (DraMS), which enables the investigation of Titan’s surface composition and characterization of potential prebiotic chemistry.